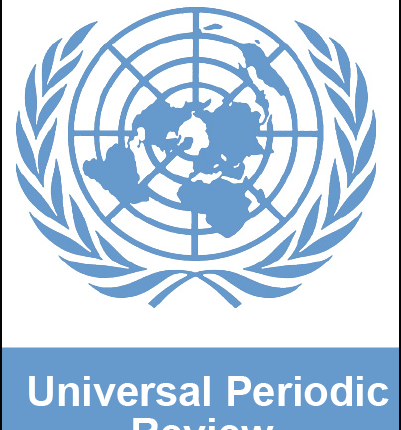 Relevant recommendations accepted by Egypt in 2014

In the 1nd UPR cycle in 2014, Egypt received several recommendations from USA and Mexico and Nederland regarding the need to fully respect human rights while countering terrorism, especially replace the Emergency Law with a counterterrorism law that guarantees civil liberties, which Egypt supported.

The extent of implementing these recommendations

Since October 2014, and despite Egypt’s recognition of its commitment to human rights during its war on terrorism, Egypt has pursued several policies that flagrantly violate human rights. North Sinai lives in a state of emergency, under the umbrella of the “war on terror”, which the military continues to use as a pretext to violate fundamental human rights, including extrajudicial killings, arbitrary detention, and failure to guarantee Sinai residents basic economic and social rights, such as the rights to food, water, adequate standard of living, education and housing.

Summary of the monitored violations since 2014

Since the beginning of 2014 until the end of 2018, we monitored the army’s extrajudicial killing of nearly 3,000 people and wounding 175, whom the official spokesperson of the military had described as terrorists, who were killed in large groups targeted by the military, without sufficient evidence of a real danger, which counts as extrajudicial killing. We also monitored the killing of 280 people and wounding 187 members belonging to the armed forces between January 2014 and December 2018.

In addition, we monitored the killing of 51 civilians since the beginning of 2014 until the end of 2018,  who were killed in terrorist attacks and bombings, according to the military spokesman. On the other hand, we have been able to monitor 39 civilian deaths since the start of the comprehensive military operation in February 2018, including 23 killed by the army and 16 killed by terrorist groups. For example, the child Saleh ‘Abdul Hamid al-Rukayba, 7 years old, was killed by a bullet in the head by the military in Rafah on March 17, 2018. Two more children, Abdullah Mohammed’ Amer, 9 years old, and Mohammed ‘Ezzedin Saleh, 11 years old, were killed on March 21, 2018, when the army opened fire on citizens who had gathered to receive their share of flour in Al-Masoura area west of Rafah.

In the same period, we monitored the army’s arrest of nearly 9000 people; 3096 of whom were described as wanted by the security forces , and 5798 “suspects”.

The economic and social rights of the people of Sinai deteriorated in the period from 2014 to the end of 2018, including their source of livelihood. The armed forces destroyed and burned the property of citizens. They burned 3215 motorcycles and 1794 vehicles, destroyed 524 SUVs. The destruction extended to 235 stores, 790 trenches and shelters,1485 houses and 1783 dens. The army burnt and destroyed homes of Sinai citizens claiming that they “are used to facilitate terrorist activities”.

The economic and social crises increased in 2018, with the start of the comprehensive military operation, leading to an unprecedented food crisis, which continued for months in which the citizens of Sinai were denied their basic needs for food and water. The province suffered continued blockage of Internet networks with communications and electricity blackouts, and schools were suspended.

There is no independent media coverage of the counter-terrorism operations in Sinai. Journalists are arrested and considered as a threat to national security. For example, journalists Ismail Al-Iskandarani, Ahmed Abu Derea, Mohamed Sabry were arrested for covering the news of counter-terrorism operations in Sinai. Deraa and Sabry were later released. Al-Iskandarani is currently serving a 10 year prison sentence.

We urge your government to make the following recommendations to Egypt in the upcoming UPR: