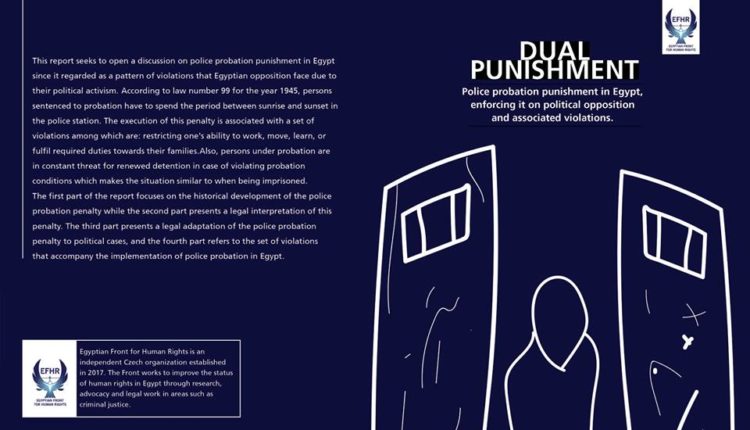 Police probation punishment in Egypt, enforcing it on political opposition and associated violations.

This report seeks to open a discussion on police probation punishment in Egypt since it regarded as a pattern of violations that Egyptian opposition face due to their political activism. According to law number 99 for the year 1945, persons sentenced to probation have to spend the period between sunrise and sunset in the police station. The execution of this penalty is associated with a set of violations among which are: restricting one’s ability to work, move, learn, or fulfill required duties towards their families. Also, persons under probation are in constant threat for renewed detention in case of violating probation conditions which makes the situation similar to when being imprisoned.
The first part of the report focuses on the historical development of the police probation penalty while the second part presents a legal interpretation of this penalty. The third part presents a legal adaptation of the police probation penalty to political cases, and the fourth part refers to the set of violations that accompany the implementation of police-probation in Egypt.

Where is Islam Khalil?

#HRC46: Joint Statement on Egypt about the Human Rights situations