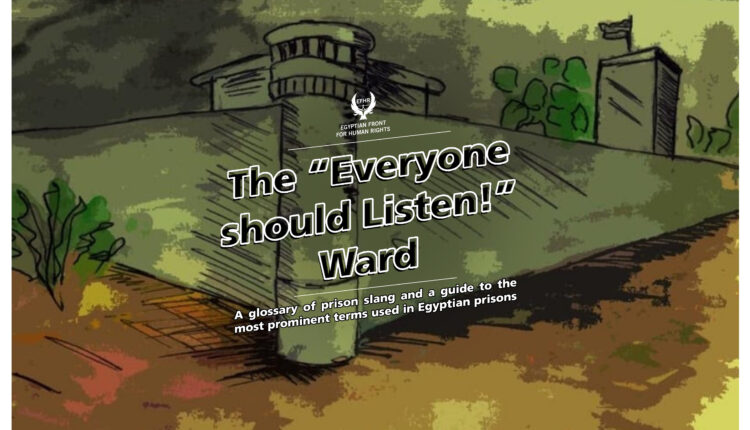 The “Everyone should Listen!” Ward: A glossary of prison slang and a guide to the most prominent terms used in Egyptian prisons

Egyptian Front for Human Rights has published a guideline: The “Everyone should Listen!” Ward” As a glossary of prison slang and a guide to the most prominent terms used in Egyptian prisons.

This guide was written by a former prisoner, who was on the street when suddenly and without an actual reason, the police surprised him with the “Go to Prison Immediately” sentence. Since then, his time stopped for years. The Author of these pages tries to give a glimpse of what it is to experience prison, he narrates it through the terms he learned and the expressions he acquired during the four stages he went through; starting with moving between different police departments, prosecutions, and courts. In addition to going to several prisons. He recounts how he learned a new dialect, one that will never be of value to the prisoner after his release from prison, but learning it would let us know what it would be like if someone was ever to become future prisoners

To read the full guideline