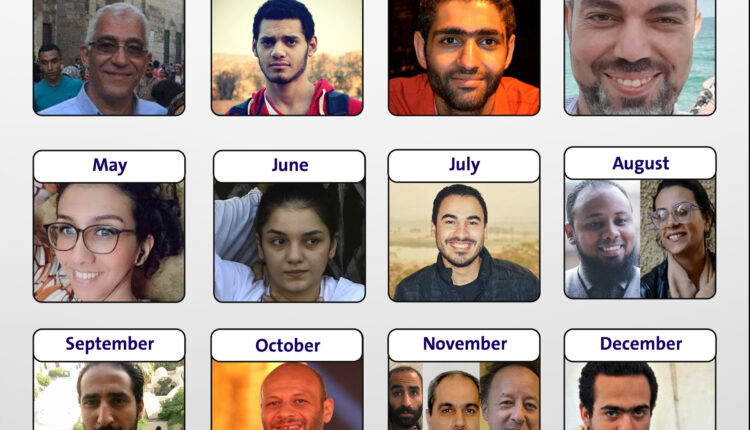 336 days of violations: A report on violations against dissidents imprisoned in five state security cases during 2020

Egyptian Front for Human Rights has published today a report named: ” 336 days of violations “ on violations against dissidents imprisoned in five state security cases during 2020.

In light of the large number of cases pending before the State Security Prosecution in 2020, as well as the difficulty of accessing information in general given the catastrophic status of human rights and the restrictions imposed on human rights workers, it is extremely difficult to access all data of detainees pending political cases. The Egyptian Front tried as much as possible to monitor the conditions of political detainees, and was able to issue reports to follow up the situation of 222 defendants pending 5 supreme state security cases. The Front monitored the course of these cases from the moment the defendants were arrested, or their charges being recycled to other cases, through their appearance before the Prosecution Office for investigation of the charges they face, and up to the hearings for the renewal of their imprisonment. During these various stages in the cases, the Front monitored some of the violations that the defendants faced, as 187out of the 222 defendants were subjected to enforced disappearance, 40 of them were subjected to torture and other cruel treatment, while 3 were subjected to violations of their right to defense and legal representation, and 21 were subjected to arbitrary frequent detention or recycling pending other cases.

TO READ THE FULL REPORT