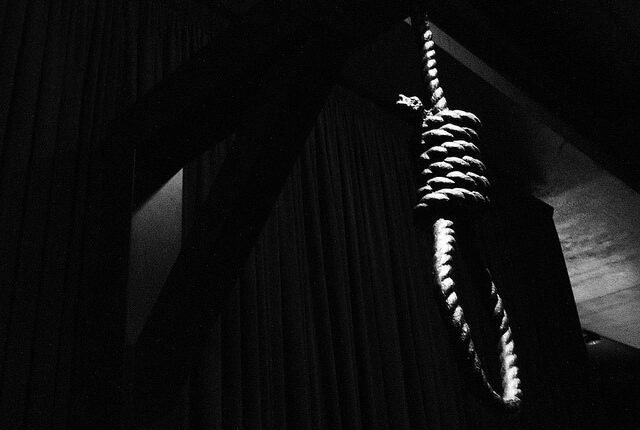 26 Egyptians in Danger of Imminent Execution

Within the past three weeks, 23 Egyptians were executed; 22 of them were civilians tried, convicted, and sentenced to death by military tribunal, a toll that is unprecedented in Egypt’s modern history. The well-reported and documented increase in death sentences handed down by Egyptian courts during El-Sisi’s tenure marks a new and alarming escalation. It also highlights a departure from Egyptian judiciary tradition which used capital punishment with a relative degree of caution.

There are now 26 other Egyptians who are in danger of facing imminent execution.

International efforts to help suspend these executions have fallen flat. On November 29th 2017, the African Commission on Human and Peoples’ Rights (ACHPR) issued a recommendation to President Abdelfattah El-Sisi to immediately suspend the death sentences in 5 different cases; however the defendants of one of these cases, “Kafr El Sheikh Stadium”, were executed on January 2nd 2017. The defendants of the remaining four cases face the same probable death and could be executed any day now despite ACHPR’s recommendation.

It is calamitous that 26 people in seven cases await the execution of their death sentences after exhausting all alleyways of appeal in trials that lacked the simplest assurances of fairness. According to the lawyers and families of the defendants, many have been subjected to enforced disappearances only to appear on tape confessing to committing the crimes they are accused of. These confessions took place under extreme conditions of torture, sexual assault and in absence of a lawyer. The retractions of these confessions were not taken into consideration by the courts. Some defendants reported that authorities threatened to hurt their families.

Lawyers also reported that they were denied attending many of the interrogations or meeting with the defendants they are representing. Other cases were presented before notorious judicial constituencies known for their prejudice in specific cases and ignoring many of the proofs of innocence, or developing their judgment based on the testimony of one witness; who in most of the cases belongs to the security apparatus. In some cases, the court ignored petitions despite new findings which would normally lead to suspending the execution until they are thoroughly examined. Moreover, the executive and judicial branches of government are failing to uphold the Egyptian legal system’s punitive jurisprudence which promotes rehabilitation of the convicted to reintegrate them into society.

The carrying out of a death sentence is an irreversible punishment that requires a stringent justice system, where investigations and interrogations are committed to precise, transparent and professional standards, and the accused has full rights to a fair trial. While these conditions of comprehensive and absolute justice are hard to achieve in the best and most stable of conditions where the state and its institutions are functioning efficiently and transparently; it does not seem possible that any semblance of justice is attainable in light of increased political violence, security threats, institutional impunity and a rapid politicization of criminal justice institutions, let alone those in which investigative and security bodies depend on soliciting confessions through torture and threats.

In view of the above, we urge you to commit to immediately raising the imminent execution of 26 Egyptian nationals with the Egyptian Government, requesting the following:

1. An immediate stay of these executions and of all persons on death row across Egyptian prisons;

2. Immediate instatement of a moratorium on the death penalty with a view of its abolition;

3. An immediate review of all persons sentenced to death to ensure that their trials adhered to international standards binding upon Egypt.

*The numbers between brackets refer to total number of defendants with final death sentences.

1. Adalah for Rights and Freedoms

5. The Association of Freedom of Thought and Expression

8. Egyptian Commission for Rights and Freedoms

9. Egyptian Coordination for Rights and Freedoms

12. Nadim Center against violence and torture

13. No to Military Trials of Civilians

Human rights organizations condemn the continued execution of death sentences against civilians through military and anti-terrorism trials, and demands the respect of law and human rights

Egypt: Overcrowded prisons will become epicenters of coronavirus outbreak unless some…