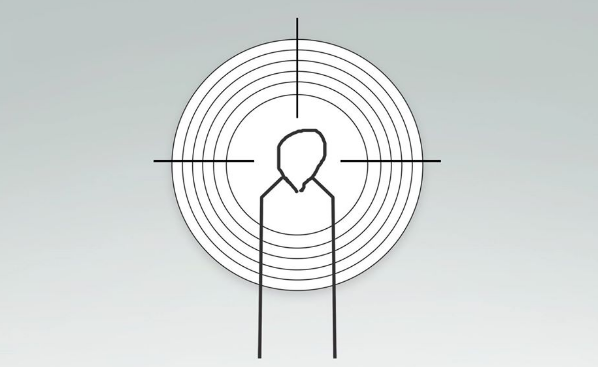 Egyptian Front documented a pattern of violations in the Terrorism Circuit Courts (TCCs) similar to other exceptional courts in Egypt that don’t comply with the guarantees of the right to fair trial. We focused our analysis on cases that have not yet been referred to court (i.e. where defendants are kept in pre-trial detention). We based our analysis on 120 cases presided by six different judges during 2019 and from January to March 2020. We collected testimonies of 25 lawyers working with the TCCs regarding the TCCs’ decisions to renew pre-trial detention of defendants and analyzed their patterns with regards to violations of the right to fair trial.

How and why were the Terrorism Circuit Courts created?

The idea of special circuits with hand-picked judges came out in response to the phenomenon of judges stepping down from cases related to the Muslim Brotherhood after July 3rd 2013. The Terrorism Circuit Courts were created in December 2013 by a decision of the Court of Appeals. They started off with 6 circuits, increased to 9 circuits in 2018 and decreased to 4 circuits (at the time of writing). They have an administrative body based in Tora Courts Complex (located in the Police Academy in Tora, Cairo).

When they were established in 2013, they considered cases based on sections of the Penal Code related to terrorism and incidents of violence. However, in practice with the expansion of the counter-terrorism legislation such as the 2014 amendments to the Penal Code and the 2015 Counter-Terrorism law, they have become tools of the State to target those who exercise their rights to freedom of expression, opinion, association and assembly including lawyers, journalists and human rights defenders.

Their main purpose was for judges to be able to dedicate their time to cases of terrorism and incidents of violence. However, in practice, the TCCs are considering cases with hundreds of defendants and they do not consider the situation of each defendant in depth. Rather, the TCCs deal with the defendants as ‘numbers’ renewing their detention orders with blanket disregard to the rule of law.

How are the Terrorism Circuit Courts different from ordinary criminal courts?

They were established for a specific purpose and in a specific circumstance, they consider specific cases (counter-terrorism charges), the judges are hand-picked, and their hearings are not in Ministry of Justice premises like all ordinary courts but rather, in the premises of the Ministry of Interior. In addition, the TCCs issued at least two verdicts as the State Security Emergency Courts (cases 2011/2017 and 2278/2018).

Who are the judges in the Terrorism Circuit Courts?

The judges currently presiding over the TCCs were previously judges in the Court of Appeals. They lack impartiality as several of them have expressed their personal bias publically or in their explanation of judgements. Our report profiles each of the TCC judges with examples of their personal bias and previous verdicts. For example, judge Mohammed Sherin Fahmy was also the judge in one of the cases against former Egyptian President Mohammed Morsy. The judge had repeatedly denied Morsy’s health-related requests, which have contributed to his death in detention.

While the judicial authorities law affirmed the importance of changing yearly the composition of judges presiding over circuit courts so they don’t’ stay for more than 3 years in the same circuits: the TCCs judges have not changed once since they started six years ago.

When do they consider decisions of pre-trial detention?

Below is a diagram outlining the legal process of pre-trial detention:

Note: when defendants’ detention is renewed by the Prosecution, it is every 15 days. Then they move to the TCCs which renew their detention every 45 days; Then they may be added to a different new case with identical charges, which restarts the process again (the ‘recycling’ pattern/double jeopardy).

What do they decide when considering decisions of pre-trial detention?

Despite the Criminal Code of Proceedings stating that pre-trial detention should be used in certain circumstances, it is used as the rule, rather than the exception. Our report documents the number of provisional releases by the TCCs in 2019 and early 2020. We have documented a pattern where all of the TCCs issue provisionally releases as an exception, rather than the rule. For example, during six hearings considering 89 different cases from January to March 2020, one TCC decided to release 29 defendants out of 594 defendants.

What happens during the hearings on detention renewals? This section is based on EFHR interviews with 25 lawyers:

During each hearing, the judges consider tens of cases with hundreds of defendants. The hearings are a “routine” for renewing detention orders rather than actual hearings where lawyers are able to carry out their work. The orders to renew detention of defendants is “paperwork” as the lawyers describe it, with no evidence against the defendants.

Depending on the time available and the number of defendants, the judges ask the lawyers to pick one or two lawyers amongst themselves to represent all the defendants, rather than each lawyer representing their clients.

Not all of the judges look at the case documents before they make their decision on the defendants’ detention. None of the lawyers we interviewed were able to access the investigation reports of their clients, making the lawyers’ attendance in the hearings merely cosmetic.

There is no general rule covering the hearings by the different TCCs. Some presiding judges allow lawyers and defendants some time to speak and present their requests, other judges prohibit any opportunities for the lawyers/defendants to speak.

Judges rarely accept lawyers’ requests, including to access the case files, nor do they allow them to fully present their defendants’ defenses. Almost half of the lawyers we’ve interviewed requested ‘substitution’ due to the judges’ personal biases (i.e. they don’t consider the defendant innocent until proven guilty), or the systematic denial of their requests or the judges disrespect of the law regarding the maximum durations for pre-trial detention. A third of the lawyers were referred to disciplinary actions for walking out of the hearings in protest.